-as told and photographed by Rory Young.

In late September of 1997, singer/songwriter John Denver was enjoying immense success from having lived a life of musical stardom that most singers can only dream of. Having spent over three decades with chart topping songs he’d either written or performed, he was at a point in his career where the musical road was being redefined and a new Alaskan television series loomed on the horizon. He felt that his career had suffered a bit but he believed that things were on the upswing. The concerts were still drawing fans, he had begun writing songs for another album in the hopes of picking up another record label, and his personal life seemed to be going well. He was contemplating leaving his Starwood home in Aspen and moving to California to be near his youngest daughter so that he could spend more quality time with her. By all accounts, things were going great.

Balloon View from the Windstar land in Old Snowmass, Colorado.

Then, Bass Concert Hall in Austin. Selena Auditorium, Corpus Christi. A quick trip for a private engagement, then to Monterrey for the weekend, for some rest and relaxation. Golf, some flying in the Long EZ that he had recently purchased, just some needed time away. And then the fateful evening flight out over the Pacific from which he never returned.

Fans across the world were shocked and stunned. A beautiful voice known the world over had been silenced, destined only to sing again through the recordings that had been made.

Aspens in fall color across the Rocky Mountains, near Aspen, Colorado.

People struggled for a way to remember John and what he stood for. Donations were made in his name to various nature organizations. His family chose to spread his ashes over the Rocky Mountains that he loved, deciding that the mountains would be a more fitting memorial than any specific headstone or grave marker. The idea was fitting, since Denver had never been a proponent for pushing himself over the spirit of his music or the causes and land that he loved. In the end, the presence that had been John Denver seemed to simply stop, with the echoes reverberating against the majestic mountains.

The singer was silent, yet there still was the truth of his song.

And, truth be told, probably no one but family and fans were concerned with any more thoughts of John Denver’s enduring legacy continuing on. For a time, the Windstar organization would struggle, eventually losing ground on the land that it occupied. Music companies released various compilations. One album of unreleased material would surface. His music would live on in movies and in the hearts of fans. Some fans decided to start up an annual meet in Aspen. And just like that, the beauty that was John Denver seemed altogether a memory. John Denver was gone.

Driving in the valley where Aspen is nestled in the foothills of the Rocky Mountains.

Memorial stone for John, in the Sanctuary, Aspen.

Beautiful aspens in fall color near the Maroon Bells, Aspen.

The spark that he had worked so hard to fuel in the hearts and minds of the people he sang to was ignited. It became a flame. The flame, fanned by their love, spread. The Aspen fan movement sparked somewhat of a national pilgrimage, and thousands of people came to visit Aspen. Singers came. John’s family joined in, his friends added to the reverie, and soon, the week-long event called “Aspen In October” became a phenomenon.

And, if you were to ask anyone why they came, they’d struggle at first, but then simply say: “To be a part of it”. They wanted the connection, they wanted to be a part of it all. To help connect to the intangible “thing” that John had stood for. But, in reality, it was only intangible to those who didn’t “get” the John Denver thing. Once you “got it”, you knew. And, you were at peace with it.

A stand of aspen trees by the Maroon Bells in fall color, outside of Aspen, Colorado.

As it seems fitting, John died in Aspen’s season of fall weather, when the countryside is uniquely set ablaze by the aspen trees that so abundantly cover the mountainsides. It’s a beautiful time of the year to visit. The weather is mostly nice, and there are plenty of places to wander and visit, including places where John wrote and sang about. The famous spot where John was photographed on the cover of Rocky Mountain High is just a few miles down the Roaring Fork River from the sanctuary. The Maroon Bells, also featured in photographs with John, is close by. The Windstar Land Conservancy which he purchased and set into perpetuity is in nearby Old Snowmass. Add to that the various local stores, bars and concert venues where he frequented and even sang in, and you have a plethora of places to visit and reminisce.

However, with all of the places and locations to view and visit, there wasn’t one dedicated place that epitomized the elusive aura that was “John”. There was no gravestone. There was no memorial. There wasn’t any definitive place where someone could go, where one could stand and be at peace with that which is and was John Denver. And, there had been good reason at the time for this. John had never wanted fans to flock to his gravesite and mourn his passing. He wanted people to live in the here and now, and to celebrate life and the joy that there is in living. He wanted for people to contemplate and be immersed in the beautiful land and day that is around them. Consequently, that was why his family had decided against a gravesite; they agreed against “immortalizing” John Denver with a place of death.

What was needed was a place of memorializing his life. But, at the time, that thought had not yet been born. It was a thought that took time to germinate, because the Aspen that you see now, with the fond memories of John Denver, and with the John Denver Sanctuary nestled comfortably was not the Aspen of the turn of the century. Aspen wasn’t pro-John Denver and it took time for them to warm up to the idea of a sanctuary commemorating John.

And, John’s fans weren’t so hot on the idea, either. When the initial idea was proposed, fans were against it, even to the point of strongly opposing it. John had been opposed to tangible things such as autographs and memorializing himself, so the concept of a John Denver memorial in Aspen was something that seemed in direct opposition to what he believed and stood for.

But slowly, and softly, just as if a new John Denver song, never heard before, began playing through the valley, the concept shifted a very fundamental position: from being a memorial place of death to a sanctuary… a rejuvenating place to honor life.

The John Denver "Spirit" Statue, designed by Sue Dicicco, at it's original home on the Windstar Land, Old Snowmass.

The Maroon Bells, at sunrise.

Along the road to Old Snowmass, Colorado, beneath Mount Sopris.

The concept took new life and breath, and Annie Denver and the family backed it, and Aspen worked with it. Monies were donated for it, and fans were invited to help with the landscaping. Much thought was put into it. The project would consist of several phases, over many years. Great stones would be put into place, and John’s words… the world’s love for him immortalized not in his image or his remains but through his mastery of word in song…. Were placed on large granite boulders in and around the sanctuary. And the sanctuary took on a new form of its own through the specifics of the land and area it was built upon. It had it’s own form, beauty and depth, just like the singer that gave it life. At last, we could wander along the banks of the Roaring Fork valley in the majestic Rocky Mountains, in Aspen, Colorado, walking in quiet solitude, the forest and the stream, seeking grace in every step we take.

And, at last, the dream became a reality, the step taken. The journey traveled. The singer immortalized in a way of a song softly spoken. The sanctuary shows life, in streams, in singing skies and dancing waters, and is a place of beauty and solitude. It’s a place where you can visit time and time again, and never tire of the beauty and solace.

The words to "Perhaps Love" and other memorable songs are engraved upon the stones, at Aspen, Colorado's John Denver Sanctuary.

In retrospect, it’s much like your favorite John Denver album. You can visit it a thousand times, and the visions that it brings you, of the forests and the streams, of the Rocky Mountains and the pine and the aspen trees never gets old.

Only now, with the John Denver Sanctuary, it’s real. You’re really on the banks of the river that John loved and called home. And, for a small, quietly beautiful time, you’re at peace and at home with it, as well.

Steps leading up to John's Song Garden, in the Sanctuary.

A majestic bald eagle spreads its wings in the morning light, measuring the wind currents, in the Colorado Rocky Mountains. John was inspired to write many songs about these mountains and its animals.

Blog: Stay Up To Date with the Rypix RSS Feed 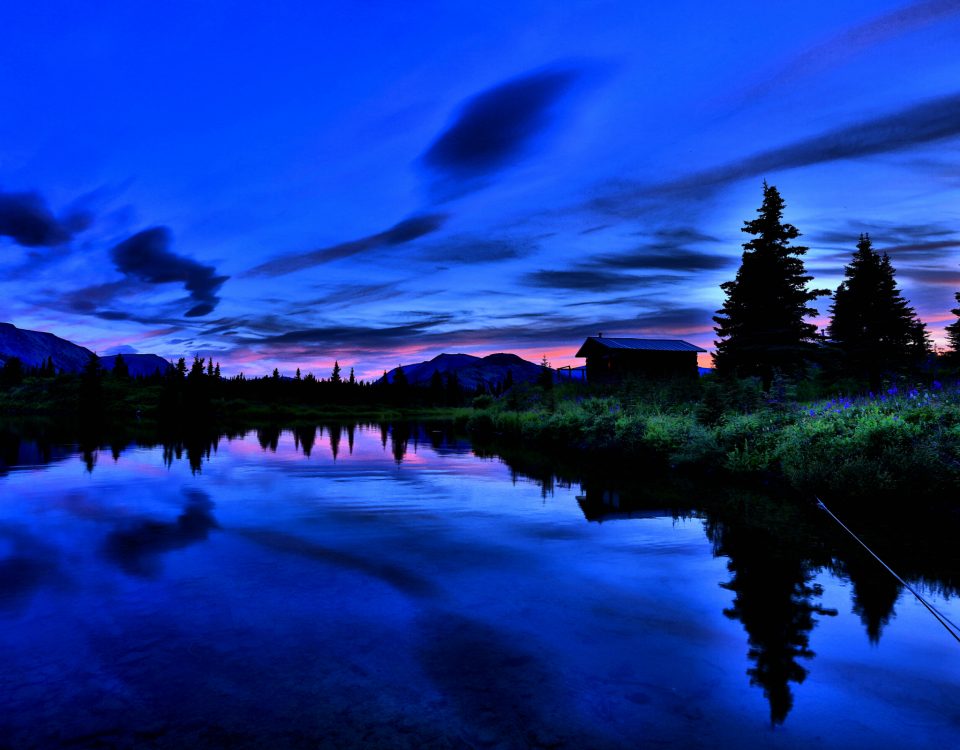